Is organic food better for you?

Are organic businesses lying to us? 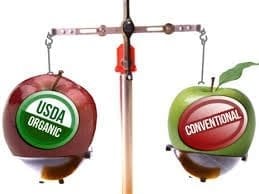 To buy organic or not to buy organic? That is the question. Will your organic kale be healthier, more tasty, and pesticide-free? Apparently, the answer is a resounding NO. And, according to a a new report by Quartz, spending extra cash on anything “organic” isn’t worth it—at all.

To be frank, an organic label has basically become synonymous with luxury. It certainly doesn’t mean your food is pesticide or fertiliser-free: Farmers of organic produce don’t opt out of using pesticides and fertilisers. Instead, they use organic pesticides and animal faeces, which are not risk-free for consumption, especially with the rise of antibiotic resistant bugs found in faeces, and the unregulated control or organic pesticides. A 2010 study conducted by the University of Geulph also found some organic pesticides to be more harmful to the environment than conventional ones.

A 2009 study conducted by the American Society for Nutrition revealed that satisfactory-quality crops contained no difference in 8 of  11 nutrient categories, including vitamin C, magnesium, potassium, calcium, and zinc. By 2014, studies found higher phosphorous levels and lower cadmium levels in organic food, but that’s it.  This is because the USDA organic certification applies to how food is grown, raised, and processed. It has nothing to do with nutritional value. So while you think those pricey fruits are better for you, it’s actually not the case.

It’s useless to expect anything extra in the organic flavour department, too. Taste depends on too many variables for the organic factor to contribute much. For both conventional and organic produce, flavors can range from tasteless dirt to crisp and sweet.

Studies found that the difference in the nutritional value of organic versus standard produce is nonexistent. Click To Tweet 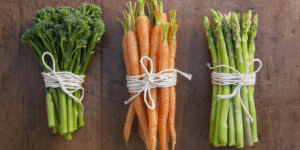 Ironically, organic farming can actually be worse for the environment. With the demand for organic production continually jumping, it now requires heavy machinery to be harvested in bulk. This, combined with the overall lower crop yield (compared to conventional farming), and the extra gas needed to truck all the faeces to the crop, creates more greenhouse gases than conventional farming.

In the UK, Lord Krebs, who advises ministers on how to adapt to climate change, told the Oxford Farming Conference that organic farming did not necessarily mean more environmentally friendly farming.

Instead, he suggested, agricultural methods known as “no-till”  typically used in conventional farming, were better for the climate as they reduce the turnover of soils, a process that releases carbon dioxide and methane into the atmosphere. Organic farms have to regularly turn the animal faeces that they spread on their crops in order to effectively fertilise the soil.

At least 10% of global greenhouse gas emissions are thought to come from agriculture, and that proportion is likely to rise as the world’s population grows and an increasingly prosperous middle class around the world demand more produce. What will that mean if we all went organic?

Krebs argues that organic farming needs a lot more land than conventional farming to produce the same yield. He reports that this could be an increasing problem as the world’s population is projected to grow from more than 7 billion people today to 9 to 12 billion by mid-century, requiring a correspondingly large rise in agricultural productivity.

To top it all off, organic businesses don’t treat or pay their workers any better than regular farms do. Just because the farm runs organically doesn’t mean farmhands aren’t exploited from not meeting minimum wage, to sexual discrimination, according to a recent Grist story, and, sadly, there’s nothing about labour and workers’ rights in the USDA’s organic certification requirements.

So what are you to do? If you have the choice, buy conventionally produced ingredients. Otherwise, just do what’s best for your budget. Either way, don’t buy organic just to feel better about what you’re eating and the money you’re spending on food. We often turn down organic food now as we have no idea what has been sprayed on the crops and at what levels. We  believe the organic movement is no longer a green movement, but rather a marketing ploy designed to extract your hard-earned cash. Organic farms produce greater greenhouse gases, and require up to 80% more land to harvest the same crop. At least with conventional farming we have efficient production, regular testing, and mountains of data on the pesticides used. It’s all supported by the fact that farmers have some of the longest life expectancy’s of any profession.

Please let us know what you think below about the organic movement. Is organic farming really just a selfish movement that damages the planet? Is there enough land left to feed us all by organic methods? Do you feel you have been misled and lied to by organic food businesses? Should we be looking to hydroponics for our produce? Are we wasting the planet’s resources by supporting the organic food movement?

Recommended for you: 12 Toxic Pesticides used in organic farming